MURPHY COMBAT U.S.M.C. VIETNAM FIGHTING COMMEMORATIVE KNIFE
This knife is issued as a proud tribute to honor the Americans who served in the United States Marine Corps in Vietnam. It is serial numbered: 1805
In a strictly limited edition of 2,500 worldwide. This knife is one in a series of four in the Vietnam War fighting knife collection, one for each branch of the military service.
This is to further certify that the crossguard, butt, topnut, and blade design patterns are richly plated with 24-karat gold.
Made by the Murphy Combat Knife company and issued by The American Historical Foundation.
1142 West Grace Street, Richmond, Virginia 23220.
Knife comes in its own wooden case with camouflage lining. Case has some storage scuffs.
To view all of the Private Collection knives click here.
SOLD 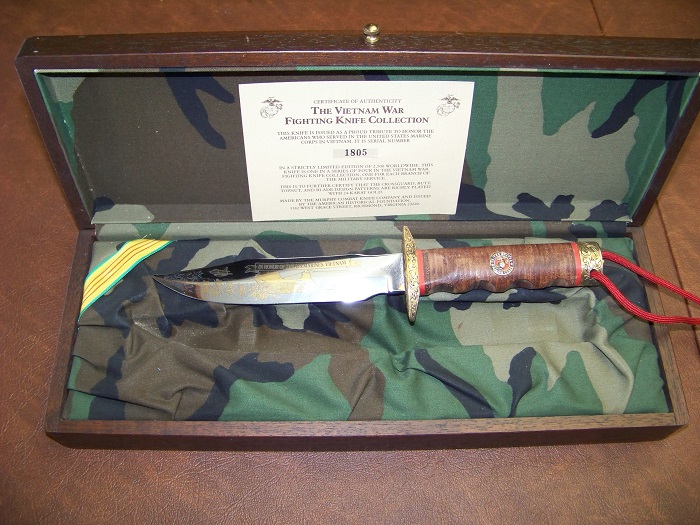 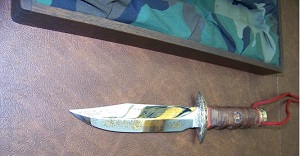 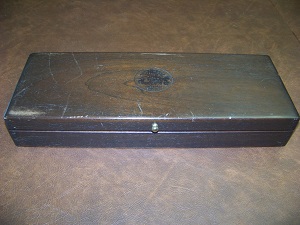